Hello and welcome to another edition of Seanomanic Wrestling Reviews, the only wrestling review series on the internet with a dropkick better than Okada's! TNA's Victory Road 2006 where we have a Road To Victory Match! Sting, Samoa Joe, Scott Steiner and Christian Cage battling it out for The TNA Championship number one contendership. Raven vs Zbyszko in a Hair vs Hair match, Kevin Nash continues to piss off X Division wrestlers while AMW and Styles & Daniels battle it out one more time. Let's get it on!


Diamonds In The Rough vs The Naturals


The Naturals are under the management of Shane Douglas, David Young and Stevens start. Boot by Stevens, tag to Douglas. Double shoulder block for two, Skipper comes in. Bulldog by Douglas, double hangman neckbreaker. Hiptoss to Young, Skipper and Stevens brawl on the floor before Young nails an Asai Moonsault. Skipper has Stevens, martrix dodge by Skipper. Young dropkicks Stevens for two, tag to Skipper. Skipper gets a two off a big kick, tag to Young. Axe handle by Young, Douglas saves Stevens.


Stevens is isolated, double front slam by Diamonds In The Rough for two. Stevens tags Douglas, right hands and double stomps. Young clotheslines Skipper by mistake. Back drops by Douglas, high knee. Underhook slam by Douglas for two, missile dropkick and powerbomb combination for the win.


Just a match to put over The Naturals, never been a big fan of them. Looks like this is their second chance at a push, I do not think thye have earned it but they won. Young and Skipper are the lowest of the low of the tag team division.


Winners: The Naturals over Diamonds In The Rough Via Powerbomb!


Disappointing, a short match would benefit both but a match like this helps nobody, nobody is over when that bell rings, such a waste of a potential fun match.


Killings is out of the main event picture and is up against former 3 Live Kru stablemate Konnan. LAX had disappeared after the embarassing Bullet Bob feud but it seems they are back and serious, LAX jump the babyfaces. Hernandew sails to the floor off a lowbridge, tope con hilo by Dutt. Homicide does the same, Killings nails a fosbury flop.


Dutt enzuigiris Hernandez but Hernandez nails a derailer, tag to Homicide. Konnan roughs up Dutt on the floor, two for Homicide. Homicide misses Dutt, Killings has the hot-tag. Lie Detector on Homicide, clothesline to Hernandez. Osaka Street Cutter for two, Homicide nails his cutter for two. Sit-out front suplex by Killings off the top rope for two, Killings calf kicks Hernandez. Dutt blind tags in, dropkick to Homicide. Hernandez is in, Sonjay Cutter on Hernandez. Killings dives onto Homicide, Konnan nails Dutt with the slapjack. Border Toss for the win.


Dutt was a sacrifical lamb for the push of LAX, glad to see this happen though. Watched a lot of Homicide in ROH, very impressed by what he can do while Hernandez seems to be quite the talent for a big man. It was fun, Dutt flies all over the place and all look good in this match.


Ok so hold on: Kazarian is back out of nowhere? Have not seen him in forever while Senshi holds the championship. Joe has moved on, no Styles or Daniels. This is a big test to build the division without these three.


Lock-up, armbar from Senshi. Kicks by Senshi, Kaz shoots for a takedown. Side headlock, Senshi counters with a headscissors. Side headlock again, Senshi escapes and kicks the crap out of Kaz. Kaz nails two boots and a neckbreaker for two, Senshi knees his way out of a suplex. Kaz is draped across the top rope, chops from Senshi. Snapmare and Mutoh elbow for two, bodyscissors by Senshi. Ribbreaker and uppercut by Senshi, knees by Senshi. Both men chop one another, Senshi kicks Kaz right in the jaw, hook kick to the back of the neck for two.


Kaz manages to escape, high knee to the jaw. Clotheslines, springbaord elbow by Kaz. Sunset flip by Kaz backfires, double stomp by Senshi. Knees to the ribs, front slam by Senshi. Stiff kicks to the face, Senshi misses a corner splash. Slingshot DDT by Kaz from the apron, two for Kaz. Dropkick by Senshi, running dropkick and Warrior's Way for the win.


This was ok, I do love watching Senshi work. His mannerism and body language are fantastic, you cannot do better than Senshi when it comes to this kind of thing. Senshi's gimmick is perfect, Kaz was ok. Not a lot of fire, not great at selling in this one despite Senshi's crisp kicks. Senshi might have to do a lot to build back up the X Division without its usual stars.


Raven was champion, this pissed off Zbyszko who did not want the degenrate Raven as the focal point of the company, Raven was not poster firendly and could not be controlled. Zbyszko watched as Raven was screwed out of the championship and Zbyszko did nothing about it. Raven had to fight ghosts from his past like former tag partners or ECW rivals before Raven was fired. Raven is back though and one of these men will lose their hair.


I enjoyed the hell out of this angle, I remember it fondly. The old school vs the new school, Zbyszko had ruined many a main event and for that character arc to come to an end was just beautiful. Zbyszko plays it to a teee while Raven shaves that big ass head.


Winner: Raven over Larry Zbyszko via Even Flow DDT!


Nash pissed all over the X Division with his friend Shelley, X Division wrestling was so near and dear to TNA fans so a polarizing figure like Nash squishing the stars of TNA annoyed everyone within The Impact Zone. Lethal and Sabin stand up for the division against Nash, Sabin and Shelley start the match. Arm-drag by Sabin, forearm shots. Shelley tries to hold Sabin but Sabin is the far superior wrestler in this match. Nash and Lethal are in, arm-drag by Nash. Nash catches Lethal, Sabin dropkicks Lethal onto Nash.

Winners: Sabin & Lethal over The Paparazzi Via Sunset Flip!


The James Gang and Team 3D entered a friednly feud that truned ugly very quickly which leads us to this match, The James Gang have recruited the help of Abyss for this six man tag team match while 3D have Brother Runt back in the team. BG and Devon start, shoulder block knocks back BG. Shoulder block floors BG, here comes Abyss. Brother Runt comes in, pieface by Abyss. Crossbody doesnt work on Abyss, chokeslam is avoided. Military press by Abyss, tag to Brother Ray.


Ray pummels Abyss, rock bottom by Brother Ray. Brother Ray walks into a chokeslam, big boot for Devon. Runt is thrown into the crowd, Runt is bodysurfed before cracking his head off the steel steps, ouch. The James Gang bring weapons in, low blows by Team 3D. They brawl by the stage, lots of weapon shots. Brother Ray takes down Abyss, staple gun for Abyss. ECW fears TNA sign, Abyss has the sign stapled to his head. Famouser on Brother Ray, Saving Grace by Devon. Kendo sticks and trash can lids.


Diving headbutt by Devon on Abyss, The James Gang nails Team 3D with trash cans. BG has a table, The James Gang try a 3D, it is stopped. Abyss eats a trash can shot, two for Devon. Runt and Abyss are by the table, Acid Drop is stopped, Black Hole Slam through the table for the win.


So, the feud that has been going on for three months now is ended by the two secondary wrestlers in this feud? Like I could understand The James Gang pinning Spike and claiming victory but how does Abyss pinning Spike end the feud? A fun brawl at the end of the day but the finish leaves me questioned.


Styles and Daniels captured the championships thanks to Sirelda, their answer to Gail Kim. AMW look for revenge, arm-drag by Styles. Shoulder block by Storm, tag to Harris. Tag to Daniels, Harris eats a double dropkick. Gail Kim does not want Sirelda, Storm does not want to face Sirelda. The match breaks down, AMW and Gail Kim are stacked up in a compromising position. Split- legged moonsault by Daniels on Storm for two, Styles and Daniels nail a combination move on Storm. Styles brings in Gail, Styles spanks Gail.


Styles stops the hart attack, Harris clotheslines Styles. Harris misses the handcuffs shot, Angel's Wings for two. Gail eats a Chokeslam from Sirelda, Superkick by Storm on Sirelda. The ring empties, Styles and Storm remain, Eye of The Storm for two. Storm has the beer bottle, Harris and Storm have words. Styles bumps Storm into Harris, roll-up for two. Harris nails Storm with a chair, Styles scores the win with a sunset flip.


It was ok, they put Sirelda and Gail in there for no real reason. Poor Sirelda messed up a lot, Gail made the most of it though, I will give her that. It is all about AMW here though, the sloppy finish is the icing on the cake as it seemed Daniels and Styles knew there were secondary. However, there is no break up despite the MEGA teases!


Sting vs Christian Cage vs Samoa Joe vs Scott Steiner


Sting and Joe begin the match, big moves from the start. Steiner roughs up Christian on the floor before tossing Joe to the floor. Belly to belly suplex to the floor, Christian is with Joe now. Slaps and punches, elbow by Christian. Face wash on Christian, Sting and Steiner are in the ring. Jarrett enters as a camera man and blinds Sting, Sting is led to the back.


Steiner smacks Christian and Joe, chops to Joe. Steiner and Christian brawl on the floor, Joe dives onto both men. It is a triple threat with Sting out of the match, Joe has a table. Steiner and Joe are on the apron, apron DDT by Steiner. Steiner elbow drops off the apron through the table onto Joe. Middle rope Samoan drop by Steiner, Joe tries to steal the pins but two each time. Christian climbs high, misses the frog splash. Steiner clotheslines Christian, Joe clotheslines Steiner.


This was rather boring affair for a main event, I thought the blinding of Sting was a bit much of an angle for this match and I never bought the valiant babyface going to the back and resting before coming to win a match, does not make sense to me, never did he took a breather and won while everyone was tired, there is a disconnect there. I much prefer when it is used for a tag team match as the partner can come back but not necessarily score the winning fall, I know I am ranting but when the main event was meh I must talk about something. Also, as popular as Sting is, your money is on Joe killing Jarrett.


Winner: Sting over Everyone Else via Scorpion Death Drop!


That was TNA's Victory Road 2006, a disappointing pay per view in the books for me. I was not satisfied with any of the big matches on the card tonight, I thought the main event was devoid of anything special from the four big stars in the match, I thought the six person intergender match was rather sloppy in parts and more of an angle for AMW to break up yet it did not happen, and the rest of the card was average at best. LAX winning as they should, The Naturals having a renewed push, Senshi showing that he is a dominant champion, it advanced storylines but the matches meant nothing and that's why I do not think highly of this pay per view now that is it over. Thanks for reading and remmeber: There's always another night! 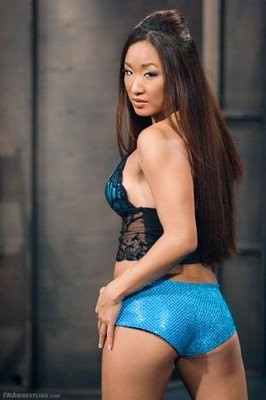