WWE: Stuck in A Time Machine? 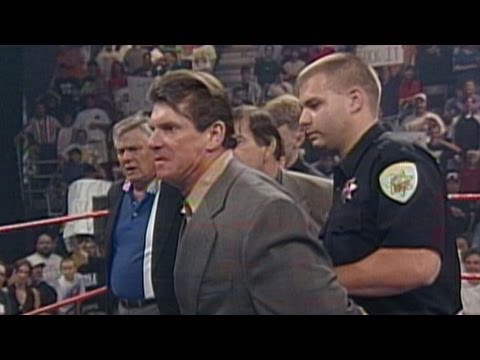 I could stop this review right here, there would be no need for further explanation. WWE is trying to make Roman Reigns this generation's Stone Cold Steve Austin. However, this is not the major issue for me as a viewer. I want to see Reigns beat people to death, I want him to fight and win against The Authority and banish them from out tv screens, I truly want this to take place! Many people consider Reigns as the silent beast who takes no crap from anyone, his speaking ability is an issue but WWE should be able to recognize this and accentuate the positives and hide the negatives. WWE's handling of Reigns is a topic for another day, today I will be addressing why I feel WWE is stuck in a time machine.

With the exception of Mick Foley and Steve Austin's terms as General Managers of Raw and the occasional guest GM, we have been treated to the same story of the good guy trying to overcome the authority or those who are in power. Mr. Mcmahon vs Austin was the most successful story in the company's history as so many people loved Stone Cold and hated Mcmahon while also being able to relate to the story of the employee finally sticking it to his boss for treating him like garbage. It was fresh, it was different but you cannot survive off the same story in 2016. There are a number of factors for this but I am only focusing on how blatantly WWE is trying to make Reigns be Stone Cold. From the beatings he gave Mr.Mcmahon to having him arrested to being drawn as the number 1 entrant in the Rumble. We know Austin did all these things and they were awesome because he was as popular as he was ever going to be and he was not copying anything that had been done previously. Mcmahon and Austin's story ended in the Summer of 1999, with Austin having neck surgery, a new faction took hold of the World Wrestling Federation and this was Triple H and Stephanie Mcmahon. 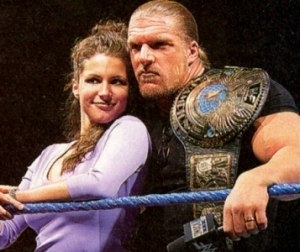 Triple H and Stephanie Mcmahon held control of the WWF until Wrestlemania 2000 where they aligned themselves with Vince and Shane. Thus, giving birth to the Mcmahon-Helmsley Faction. This was 16 years ago and this faction made things difficult for the likes of The Rock, Chris Jericho and The Dudley Boyz. During that time period the only person who ever got the upper hand on The Mcmahons was The Rock as he defeated Vince, Shand, and Triple H in a 6 man tag for the title at King of The Ring 2000. It might be disheartening for an attitude era fan to admit but if you are complaining about Reigns being the only one to make fools of The Authority while the likes of Dolph Ziggler, Ryback and Dean Ambrose are made look like complete losers, think of The Mcmahon-Helmsley Faction and how many people they made look like fools in the process. Take Chris Jericho, he won the WWF championship and had to surrender it back to Triple H, he also lost a Last Man Standing match to Triple H at Fully Loaded before being pushed down the card to continue his rivalry with Chris Benoit. Think of Kane and The Undertaker, they never defeated Triple H in a one on one match during the Mcmahon-Helmsley era. They would beat the likes of The Radicalz or X-Pac or Road Dogg which we all knew were clearly not on Kane's or Undertaker's level. WWE were not creating stars during this era due to the dominance of that faction and The Authority is doing the same thing!

Mick Foley posed the question after the 2014 Royal Rumble does WWE hate its fans. As the years have passed, the answer seems to be a resounding yes, there was a time where WWE would listen to its fans. Vince made Bret champion because the people wanted Bret and not Luger, the fans wanted Stone Cold Steve Austin after the King of The Ring 1996 speech and they gave us Austin opening a can of whoop ass every single night. Where did they go wrong? Why must we endure week in and week out of The Authority bullying whoever they want and there being no consequences. Why as a fan should I care for Dolph Ziggler or a Dean Ambrose if I know The Authority is always going to come out on top? How can I cheer for Roman Reigns when I know that they are trying so hard to push him like Steve Austin? Enough is enough and it is time for a change! The WWE has been living off the storyline of the heel corporate faction that controls everything being in the way of the face(good guy) who has to overcome the odds and here is a few ideas that I think could .......


A face authority figure that could appear from time to time would do wonders for this company. Remember the days of Jack Tunney? or what about Gorilla Monsoon? Too far back for you? Ok why can we not have someone similar to Shawn Michaels or Mick Foley? Anytime Vince overstepped his bounds, Michaels would always make a ruling in favor of fair play, he would do what was best for the fans and that's why the fans would keep watching and believed in the character because they would make the matches and the decisions that the fans wanted. It is not rocket science, it is not difficult to figure out what the fans want to see or want to happen but for whatever reason that only Vince knows, he books The Authority to be so hated and despised that nobody cares for the matches they make because we never receive a satisfying conclusion, we never get to see the face overcome the heel. For example, the last three shows so that's Raw and Smackdown have all had main events with no decisive finishes. For me as a viewer, there is no point in watching because the babyface never beats The Authority and week after week we are subject to these long-winded promos that lead to matches which never have a proper ending. So, I think having a face commissioner or power figure would be beneficial as we could at least have someone giving the fans what they want.


A Different Kind Of Heel

A more plausible option would be to change the character of  The Authority as we all are starting to believe that The Authority is never going away(Or at least I am but I cannot be the only one who is losing their mind right?). The Authority operates on the premise that they own the company and they want their perfect champion so the rest of the world has this perfect image of their company. This is why Randy Orton was chosen over Daniel Bryan because he is the perfect specimen, he is tall, muscular, good looking etc. I cannot remember why they do not want Roman as champion, I hope there was a reason given to why they hate him so much but in theory it doesn't really make sense. Roman does the make a wish like Cena, he is a professional and there was the advertisements of him playing with his daughter. So in theory, Reigns should be loved by The Authority, he is everything they could have ever wanted.

Therefore, I believe a change in philosophy is needed for The Authority and this change would be they own the company and they do no want a certain champion, they want to put on the best matches imaginable because they want to make money. Crazy right? It is so simple yet so effective. Would this work? Well take a look at Lucha Underground, another wrestling promotion with a heel promoter who screws over the wrestlers but his motivations are different, he creates matches to make the most money because he doesn't care about the wrestlers, he cares about the money. What makes money? A great product! How do you create a great product? Put on the matches they want to see, give the people what they want instead of boring them each week and never rewarding the fans for sticking with you during the difficult times.

Well that is the end of my mini rant, I hope you had fun reading through and maybe took one or two points from the argument I proposed. Feel free to like or comment on this piece. Share this blog if you really enjoyed it =) I am now available on twitter and facebook so if you have any suggestions for reviews I will leave a link to both the Facebook and Twitter pages at the end of this entry. Thank you for your continued support and until next time, see you later space cowboys!