Creative Has Got Nothing For You: Number 2 Bray Wyatt

Welcome one and all to the second edition of creative has got nothing for you, a series dedicated to highlighting superstars who are being misused and providing them with potential feuds so that they may reach the heights that we all know they could if booked properly. Tonight's edition looks at the eater of worlds, Bray Wyatt. You could trace the decline of Wyatt back to Wrestlemania 30 where he faced John Cena but Wyatt has never had much credibility when it has come to feuds. Wyatt is portrayed as an upper card heel but he never beats any of the top stars, it has been beaten like a drum and that is not including his tag matches with Wyatt Family members. Bray was beaten by Cena, beaten by Roman, beaten by Undertaker and in all likelihood, when the day comes, be beaten by Brock Lesnar. Well,  the challenge is simple for this edition: How do we make Bray great once more?

First, let's set the scene, Bray is going to need a few adjustments before being ready for the proposed feuds in this section. The first change for Bray is becoming a face rather than a fully fledged heel. Wyatt has teased turning face on at least two separate occasions against The Authority, having grown stale as a heel, I feel it is time to pull the trigger on a face turn for The Wyatt Family leader. The random attacks on superstars will also cease, there is a clear focus for Wyatt, that is the world championship. Wyatt will not take orders from anyone, including The Authority and Triple H. Wyatt wants the title but he has to work his way towards Triple H and standing in his way, is the returning Randy Orton. Orton is so much better as a heel, and with the lack of current main event heel talent, it is almost certain Randy will fill the role as the main heel opposing Roman Reigns as I don't think they are ever going to turn Ambrose at this stage. A freshly returned Orton looks at Wyatt and laughs, claiming that Bray does not have what it takes to make it to the top of the WWE. As this is the so-called Reality Era, Bray will not be a cookie cutter babyface but rather an anti hero who blurs the lines between fact and fiction. Using Wyatt's promo abilities, Bray can anger Orton through taunts of his failure of drug policies, his divorce and his friendship with the Game.


Week after week, Wyatt's character morphs from the eater of worlds to a man who believes that he is the only pure being in the company, the light in a world of darkness, the white where all else is black. Bray is already over with the audience and so many are dying to see a face turn for the character so this feud would not be difficult to set up. You could use subtle little touches to add to Wyatt's turn so as distancing himself from the family as he wants to beat Orton on his own or having Orton get the heat on Wyatt by punting members of the Wyatt Family. Regardless of the method, it builds towards a match between Orton and Bray with Bray emerging victorious by beating Orton clean in the middle of the ring. From the very beginning of the turn, you have Bray look good coming out of the blocks and he has beaten a top star in the WWE on his own, without distractions and without cheating. Wyatt is gaining momentum as he continues to pursuit what he feels is rightfully his destiny. 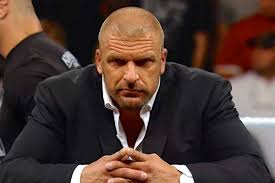 With Triple H's running buddy Orton out of the way, Wyatt turns his attention to the man who likes to call all the shots on Raw, Triple H. Assuming this takes place after Mania, Triple H no longer has the championship but Wyatt still wants to take down The Game for he sees Triple H as everything that is wrong with the company. Mixing reality with feuds is nothing new for Wyatt, he feuded with Cena over the idea that Cena was the ideal role model for every person who watched WWE(an idea that they push down our throats every time we see the man) and also with Roman Reigns because of the "Anyone But You"feud(which was connected to the fact that the fans wanted anyone as champion except Reigns as we felt it was too soon for such a push). Here the idea is simple, Bray believes that Triple H is the source of all the problems, the bully who needs to be taught a lesson, if Bray is to advance in his quest for the title, he must destroy everything that Triple H stands for.


Bray will not be a sheep in the flock so he challenges The Game to a match where The Authority must disband forever if Bray defeats Triple H at the pay per view. The match is billed as a no holds barred match/street fight/extreme rules match(who cares? they are all the same match right?). Bray and Triple H battle all over the arena using chairs tables, kendo sticks, you name it and they use it. Triple H hits a pedigree on Bray but Wyatt powers out at 2 to the shock and surprise of The Cerebral Assassin. As all else has failed, Triple H opts for his last resort, the trusty sledgehammer. Attempting to knock Wyatt's brains all over the floor, The Game misses and is caught for a sister Abigail for the victory. Bray has pinned Triple H, another impressive notch in his belt and the momentum for Wyatt has been building solidly for months now. It is time for the title match. 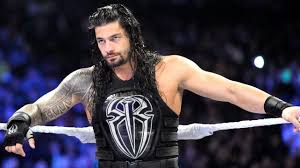 Following an impressive victory over Triple H at Mania, Reigns was to become the top face of the company. All his hard work and determination had paid off, he had beaten the man who had tormented him for so long and it was an incredible journey but he was champion now, and he thought the people were behind him every step of the way. However, as Reigns traveled from city to city , the boos and jeers from the crowds started affecting the new champion. He wasn't getting the respect he deserved from the people so he turned his back on them, including his brother Dean Ambrose. Reigns had found his calling a the top heel in the company, he had no respect for anything or anyone. Conquering the likes of his brother Ambrose and John Cena, it seems nobody can stop ournew world champion. Enter Bray Wyatt, who has toppled Randy Orton and Triple H int he past few months, enter the man who week after week, the fans have gotten more behind him due to his promo abilities and the fact that it is something new in the main event. Wyatt wants the gold, he wants to be the champion.


Reigns wants respect and if Wyatt won't respect him , he will beat respect into him.Wyatt notes the similarities between Reigns and The Rock, criticizing Reigns for being the chosen one due to family connections and criticizing The Rock for claiming he would never ever leave the fans again but Hollywood came calling and The Rock is nowhere to be seen. Wyatt ends his promos by stating, you might think you are the chosen one the powers that be believe that you are the chosen one but this Sunday you will be looking at a real god as I tear you limb from limb. Thus, the stage is set for a showdown between Wyatt and Reigns for the title with Reigns being the heel and Wyatt being the face. Wyatt's journey culminates with Bray pinning Roman Reigns in the middle of the ring to end Reign's dominant run as champion. Due to pinning the likes of the former Evolution members, Wyatt finally had credibility to his name, Wyatt could regain most of if not all the momentum he had lost during his feuds with Undertaker and Cena, placing Reigns in the heel badass champion role is perfect as if anyone is to take Reigns seriously, he needs to turn heel, the fans will love to hate him and he can express how he truly feels, he will not have to sit and smile while 90% of the audience are telling him to shut his mouth and go away. With the championship win, you have a new top star  in Bray Wyatt, you could continue the series with Roman, you could have the match between him and Brock, there are a lot of possibilities arising from Wyatt's title win but that is a discussion for another time..